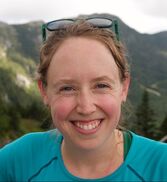 Sarah Weiss
​​Mentee of Dr. Arlene Sharpe
​Sarah received her Bachelor's of Science Degree in Biological Engineering from MIT, and began her MD-PhD at Harvard Medical School in 2015. Her interest in complex systems that impact human health led her from neuroscience to immunology research, and she is doing her PhD thesis work under the mentorship of Dr. Arlene Sharpe and Dr. John Doench. Sarah is focused on understanding the impact of enhancer elements on programs of exhaustion, as well as using molecular recording systems to better understand cell fate decisions. Outside of the lab, Sarah enjoys running and biking, traveling with friends and family, and spending time with her dog
Postdoctoral Trainees 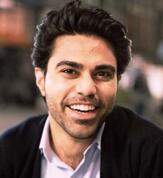 Archis Bagati
​​Mentee of Dr. Kai Wucherpfennig
Archis Bagati received his Bachelor of Science degrees in Biotechnology and Clinical Laboratory Sciences and Pharmacology and Toxicology summa cum laude from SUNY Buffalo in 2011.  He then obtained a Master’s degree in Pharmacology and Toxicology in 2012, where he used electrophysiological and biophysical techniques to study how drugs interact with cardiac ion channels to promote cardiac arrhythmias. In 2012, he began his doctoral studies in Molecular and Cellular Biophysics and Biochemistry at Roswell Park Cancer Institute (RPCI). His dissertation research focused on identifying and characterizing molecular mechanisms that promote melanoma metastasis and resistance to targeted therapy. After receiving his Ph.D. in 2017, he joined the laboratory of Dr. Kai Wucherpfennig at Dana Farber Cancer Institute (DFCI) for his postdoctoral training in Cancer Immunology and Virology. His research is focused on identifying how melanomas and breast tumors escape immunosurveillance and become resistant to immunotherapies. When not at the lab, he is either playing with his pug, playing cricket, windsurfing, or looking for his next coral reef to dive. 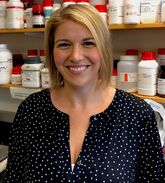 Caitlin Brennan
​​Mentee of Dr. Wendy Garrett
​Caitlin Brennan received her Bachelor of Science degree from the Massachusetts Institute of Technology in Biology in 2005. Following her interest in host-microbe interactions, she pursued her Ph.D. in microbiology at the University of Wisconsin, working with Ned Ruby to study the model squid-vibrio mutualism. She shifted to the more pathogenic end of the symbiotic spectrum for her postdoc, joining the lab of Dr. Wendy Garrett at the Harvard T. H. Chan School of Public Health to study the colorectal cancer-associated microbe Fusobacterium nucleatum. Caitlin also received the Dennis and Marsha Dammerman Postdoctoral Fellowship from the Damon Runyon Cancer Research Foundation. Outside of the lab, Caitlin can usually be found walking around Boston or catching live music. 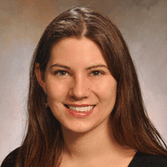 Adrienne Luoma
​​Mentee of Dr. Kai Wucherpfennig
Adrienne Luoma received her Bachelor of Arts degree in biochemistry from Bowdoin College in 2003. After working in the materials chemistry field and obtaining a M.S. in Biology studying membrane biophysics (Boston College, 2009), she then shifted her academic focus towards the biomedical sciences and began her Ph.D. work in immunology at the University of Chicago under Erin J. Adams. Her dissertation focused on the structural characterization of lipid antigen recognition by gamma/delta T cells. Adrienne was awarded her Ph.D. in 2014 and joined the Wucherpfennig Lab in early 2016. Her current research uses single-cell RNA-seq analysis to characterize checkpoint inhibitor-mediated changes in the immune compartment of human head and neck cancers. For fun she likes cooking, cats and beer. 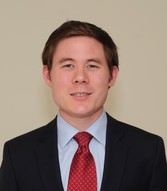 Jonathan Chen
​​Mentee of Dr. Nir Hacohen
Jonathan Chen received his Bachelor of Science degree in Biochemistry from The University of Chicago in 2003. He obtained his M.D. and Ph.D. from Yale University in 2013. He researched his Ph.D. thesis under the mentorship of Dr. Susan Kaech on the topic of T cell exhaustion. He completed his residency in anatomical pathology at Massachusetts General Hospital in 2016. His clinical areas of interest are gastrointestinal and molecular pathology. He subsequently joined the lab of Dr. Nir Hacohen, where he studies the immune response in gastrointestinal malignancies. Jon spends his free time with his lovely wife and daughter. He enjoys travel, concerts, hanging out with friends, and coffee. 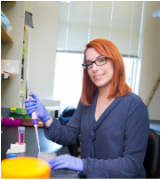 Eleanor Clancy-Thompson
​​Mentee of Dr. Stephanie Dougan
Eleanor Clancy-Thompson received her Bachelor of Arts degree in Biology from Ithaca College in 2007, where she completed undergraduate research in microbiology. She studied wound healing in Staphylococcus aureus-infected conditions with Dr. Kirwin Providence. After college, she joined Advion Biosciences, a pharmaceutical service company, as a wet lab scientist. This experience allowed her to work with experimental cancer therapeutics, and ultimately led her to apply to graduate school to study cancer research. Eleanor joined Dr. David W. Mullins lab at the University of Virginia in 2009 to study T cell trafficking to metastatic melanoma. After two years, the laboratory moved to Dartmouth College, where she completed her Ph.D. She defended her thesis "CXCR3 and its cognate-chemokine expression: implications for cancer immunotherapy" in December 2014. Her focus on T cells in melanoma made her a good fit to join Dr. Stephanie K. Dougan's lab as a post-doctoral researcher (in Jan 2015) at the Dana-Farber Cancer Institute. Here, she has continued in research for new therapies for melanoma. Her current research aims include understanding conditions of T cell activation that lead to the most productive effector response for cancer immunotherapy. For fun, Ele likes spending time with her husband and dog, baking, playing cooperative board games, and reading (she is currently on book 5 of 14 in the Wheel of Time series). 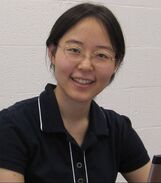 Zhuting Hu
​​​Mentee of Dr. Catherine Wu
Zhuting Hu received her Bachelor of Science degree in Biology from International Christian University in Japan in 2009. She pursued her Ph.D. at Dartmouth College in Immunolgy in Dr. Edward Usherwood’s lab, where she studied the functional heterogeneity and memory T cell formation of CD4+ T cells in persistent and acute virus infection models. Zhuting joined Dr. Catherine Wu’s lab in 2015, where she studied the immune response against first-in-man clinical trials of personalized neoantigen (tumor-specific mutation)-based vaccinations for melanoma. She also established a novel pipeline to engineer and probe the specificity and function of T cell receptors. For fun she loves cats and taking pictures of her cats. 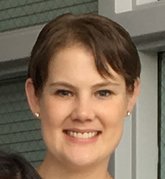 Emily Kuiper
​​​Mentee of Dr. Wayne Marasco
​Emily Kuiper received her Bachelor of Science degree from the Pennsylvania State University in biochemistry and molecular biology in 2010. She pursued her Ph.D. at Emory University in biochemistry, cell and developmental biology under the mentorship of Dr. Graeme L. Conn. Her dissertation focused on biochemically and structurally elucidating protein-RNA and protein-protein interactions involved in antibiotic resistance and bacterial pathogenesis. Emily was awarded her Ph.D. in 2016 and joined Dr. Marasco’s laboratory shortly after. Her current work is focused on developing immunotherapies for breast cancer. 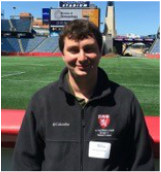 Martin LaFleur
Mentee of Drs. Arlene Sharpe and Nicholas Haining
Marty received his Bachelor’s of Science Degree with Honors in Biomolecular Science from Clarkson University in 2013. He then shifted his academic focus from cancer nano-therapies to tumor immunology and began his Ph.D. work at Harvard Medical School under the mentorship of Dr. Nicholas Haining and Dr. Arlene Sharpe. His thesis work is focused on developing and using a CRISPR-Cas9 based screening system to identify novel regulators of T cells in viral infections and cancer. When he's not in the lab, Marty spends his time watching the Patriots, trying new restaurants, and telling the funniest puns you've never heard. 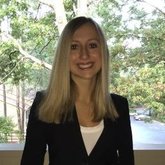 Elizabeth Magnotti
​​​Mentee of Dr. Wayne Marasco
Elizabeth Magnotti received her Bachelor of Science degree in chemistry with a specialization in biochemistry  from the University of Virginia in 2011. She obtained her Ph.D. in chemistry at Emory University in 2016 under the mentorship of Dr. Vincent Conticello. Her thesis work focused on the development of protein materials. Elizabeth joined the laboratory of Dr. Wayne Marasco in summer of 2016 where she was focused on developing immunotherapies for ovarian cancer. For fun, Elizabeth likes to hike with her golden retriever Shelby, bake cookies, and watch the Pittsburgh Steelers. 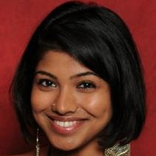 Vinidra Mani
​Mentee of Dr. Thorsten Mempel
​Vinidhra Mani received her Bachelor’s of Science degree in Bioengineering from UC Berkeley in 2012. As an undergraduate, she became increasingly interested in ways to harness the immune system to fight and prevent disease and decided to pursue a PhD in Immunology at Harvard University. Vini joined Dr. Thorsten Mempel’s laboratory for her thesis work, focusing on dissecting cellular interactions that regulate adaptive immunity in various microenvironments. Using two-photon intravital microscopy, she is trying to understand how CTL facilitate tumor rejection during checkpoint blockade therapy. Outside of the lab (she leaves the lab?!) Vini enjoys dancing, scuba diving and supporting her Bay Area sports teams. 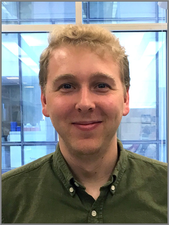 Benjamin Morehouse
​​Mentee of Dr. Philip Kranzusch
​Ben received his Bachelor of Science degree in Biochemistry with a minor in Chemistry from Worcester Polytechnic Institute (WPI) in 2012. He made the short trip over to Waltham from Worcester, MA and attended Brandeis University for his doctoral studies in Biochemistry and Biophysics under the direction of Dr. Daniel Oprian. His dissertation research focused on the kinetic and structural characterization of enzymes involved in natural product biosynthesis in plants and fungi. Ben was awarded his Ph.D. in September 2017 when he made the decision to change fields and immediately began working in the Kranzusch lab at DFCI. Ben is currently researching the cGAS-STING pathway in human innate immune signaling with a particular emphasis on the identification of novel regulatory mechanisms. For fun, Ben enjoys watching movies, traveling, and hiking. 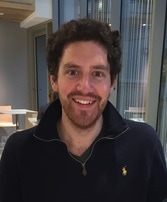 Michael Wheeler
​​Mentee of Dr. Francisco Quintana
Michael Wheeler received his Bachelor of Arts degree from Johns Hopkins, where he graduated in 2011 with honors in Neuroscience and a minor in Philosophy. He maintained his academic focus and began his Ph.D. work in Neuroscience at the University of Virginia under the mentorship of Chris Deppmann and Ali Güler. His thesis focused on neural circuit development and engineering novel electromagnetic tools to study the nervous system. Michael was awarded his Ph.D. in 2016 and joined the Quintana Lab later that year, where he shifted his academic focus toward Neuroimmunology. His current research focuses on the transcriptional regulation of macrophages and astrocytes in glioblastoma multiforme. For fun, Michael likes trying new restaurants, going to museums, and watching movies at the Coolidge Corner Theater.